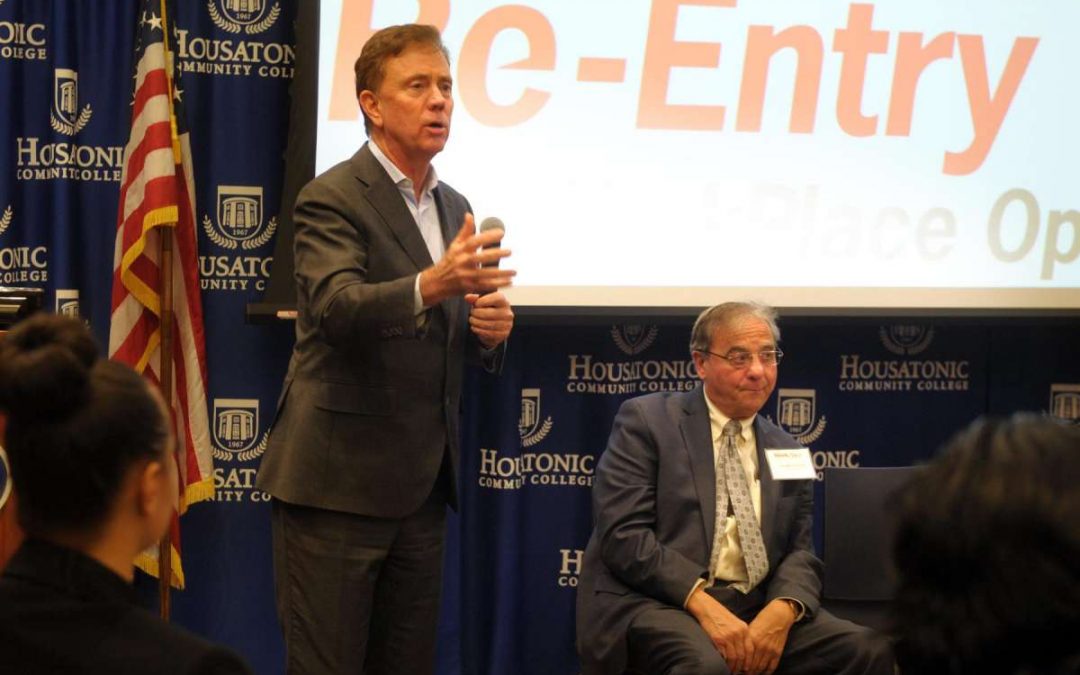 He’s out now and told an audience that included Gov. Ned Lamont and Mayor Joseph Ganim that all he really needs is a chance to find gainful employment.

“We have to be accountable but this is bigger than us physically,” Robinson said from a Housatonic Community College podium. “I guarantee you anyone of us, given a chance, will do a good job.”

A new state-funded program called Platform to Employment Re-Entry is aiming to offer that chance, promising to give formerly incarcerated individuals the soft skills they need to get jobs and keep them.

The WorkPlace Inc., a workforce development agency, started its inaugural four-week class this week with 20 participants. It is based on a national model in operation since 2011.

The state is investing $800,000 each of the next two years to train cadres of formerly incarcerated individuals then place them in state-subsidized internships with employers. While the launch is in Bridgeport, later classes will be held in Hartford, New Haven, Waterbury and New London through April.

“I like programs that work,” Lamont said, calling it a program worth funding. “From what I have been able to see, this is a program that has worked for vets, mid-career focus and now second chance (citizens).”

Lamont said he likes the idea that the program doesn’t simply teach particular physical or mechanical skills but “soft” skills like how to look people in the eye, how to be on time and how to interview. He said he also likes that it gives employers a chance to try it out risk-free.

Not only are wages for the newly hired participants subsidized for a trial period, it is up to the employer to decide whether or not to hire the participant permanently.

WorkPlace President Joe Carbone called the program a community effort that potentially will bring justice to thousands of people who return annually from being incarcerated.

Mayor Joe Ganim, himself a former felon, said the program is only a start but one that should have a lasting effect.

“Think of all the people impacted if this can reduce barriers,” Ganim said. “I had barriers when I returned.”

Rep. Toni Walker, D-New Haven, chair of the House Appropriations Committee, called on the participants to be vocal about what works in the program and what doesn’t.

The program started Monday but already there is positive feedback.

Participant Michael Mullen, who said he hopes to make Bridgeport his home, said he promised his loved ones he was going to try “something different.” That did not stop him from wanting to walk out the first morning of the program.

“Day one I couldn’t wait for the lunch break so I could leave,” Mullen said. “Thankfully, I was stopped and reminded of the promise. I realize the only one to take this stigma away is me.”

Willie Young of New Haven said he spent 14 years behind bars. He has worked as a chef since his release.

“I never gave up,” he said. “I keep going from platform to another platform.”

Tony Mayors said he is not looking for a job, but a career so he can be a better provider.

“Trust us, we are going to get you that job,” Adrienne Parkmond, chief operating officer of WorkPlace, told him.