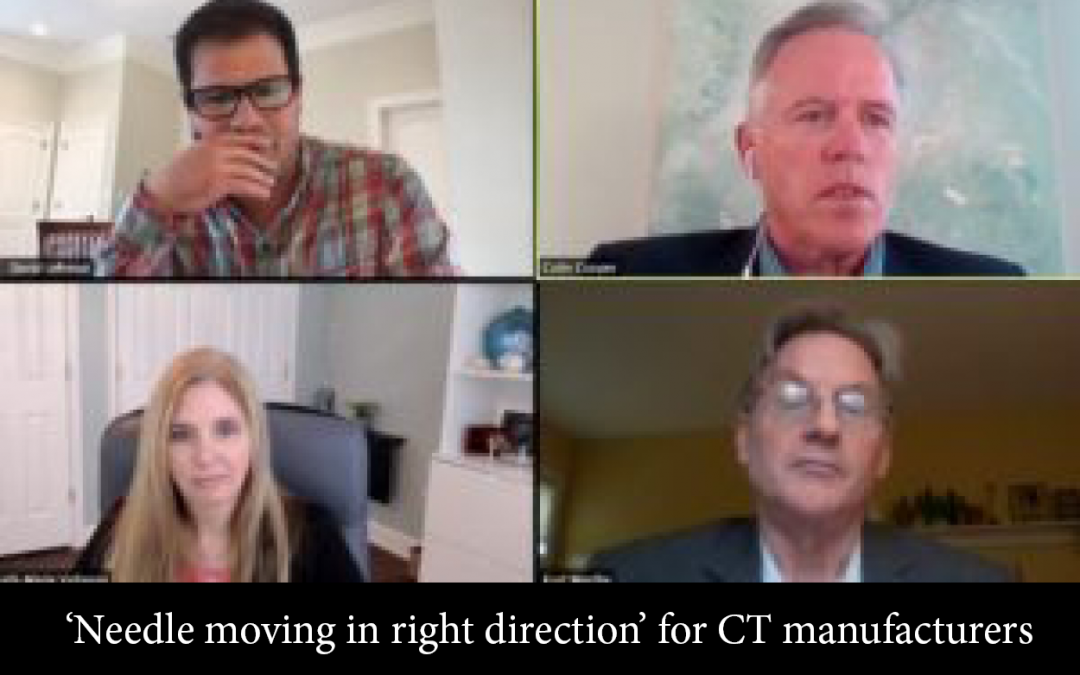 Trying to remain competitive with other states has been a tall order for Connecticut – one that certainly has not been helped by the Covid-19 crisis. But Kelli Vallieres, named executive director of the newly-formed Connecticut Workforce Development Unit in July, believes that positive momentum is already underway.
The Workforce Development Unit operates within the Department of Economic and Community Development; Vallieres works with DECD Commissioner David Lehman, state Labor Department Commissioner Kurt Westby, and Chief Manufacturing Officer Colin Cooper on formulating and implementing strategy.

“The needle is definitely moving in the right direction,” she told the Business Journal. “Along with the Governor’s Workforce Council, we’re working hard to ensure that our stakeholders are cooperating, coordinating and collaborating.”

As evidence, she pointed to the 50-page “Workforce Strategic Plan,” published by the Workforce Council last week. That plan’s focus includes building an educational system about work that can appeal to children as young as kindergarten age, offering various tools to support students and job seekers, and establishing a data system infrastructure that tracks outcomes and progress of the workforce.

Workforce Council Chair Garrett Moran called the strategic plan “a critical first step in developing a nation-leading workforce in Connecticut” – something that Vallieres elaborated upon.

“There is a huge generation gap that we’re facing in manufacturing,” she said. “That so-called ‘silver tsunami’ is very real – about 40% of our workforce is retiring over the next three to five years. That’s a huge amount of highly-skilled workers, and the challenge is to backfill that with younger workers.”

While Vallieres said progress is being made in that area, “upskilling” or “reskilling” both existing and incoming workers represents another challenge. But efforts are being made to address that via funding from the federal CARES Act: On Oct. 25, Gov. Ned Lamont announced the allocation of $15 million from the state’s Coronavirus Relief Fund, which utilizes CARES Act money, to fund workforce programs that will provide job training to more than 1,000 displaced workers in the state and connect them to high-growth, in-demand jobs.

Examples of that funding include $250,115 to Bridgeport-based The WorkPlace, which is partnering with local employers and community colleges to train 50 people as community health workers; $915,000 to the Connecticut Center for Advanced Technology (CCAT) to train 60 residents for advanced manufacturing jobs; and $762,663 to the Connecticut State Colleges and Universities (CSCU) system for programs to prepare 100 students for jobs such as medical assistants and emergency medical technicians.

Part of that education, Vallieres said, comes from the need for “workers to learn employability skills, not just technical skills. They need to be able to demonstrate problem-solving, communication, and planning abilities that can cut across jobs and industries.”

The need for employability skills has been a recurring concern for manufacturers in the last three editions of the CBIA’s Connecticut Manufacturing Report, she noted: “That’s really the ‘it’ factor.”

Vallieres said she is a firm believer that “workforce development begins in kindergarten. Building career pathway programs for young people can be vital. By talking with them at such a young age about what they’re interested in, you can find the fire that sparks their interest. And if you can continue to build that interest, by the time they’re in high school they can be career- and college-ready.”

She noted that, as part of the aforementioned CARES Act funding, The Connecticut Office of Early Childhood is receiving $5.3 million to partner with nonprofit All Our Kin to train and license 165 family childcare programs and provide the overall childcare supply for individuals in workforce training programs.

Vallieres – who previously was CEO of Sound Manufacturing Inc., a sheet metal fabrication manufacturer, and Monster Power Equipment, a manufacturer of landscaping equipment, both in Old Saybrook – is also a former member of the CBIA board of directors and a member of the Connecticut Manufacturers’ Alliance, among others.

It was through such experiences that she learned the importance of collaboration, she said; the much-dreaded “silos” were detrimental not only to manufacturing in general but also to specific companies. Having served as vice chair of the Governor’s Workforce Council, Vallieres said she appreciates how well the public-private partnerships that Lamont favors can work.

Noting that the state’s manufacturing sector was given an invaluable lifeline by the governor when it was deemed an essential business, Vallieres repeated her belief that the sector has in effect turned the Covid corner.

“Right now manufacturing is down about 7% from last year,” she said. “But that’s up from a low of about 12%. We’re not through this yet – but we’re on our way.”