Advocates see discrimination against older workers, the fastest-growing group in the labor force 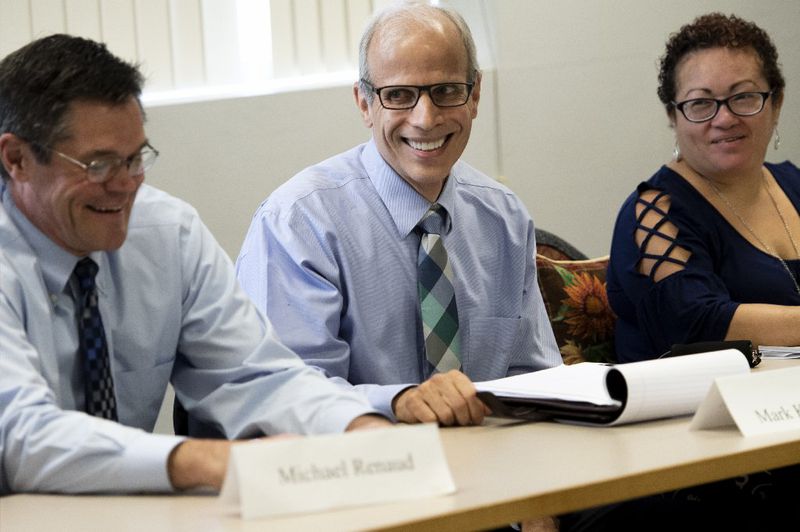 Mark Kirschblum, an application developer and quality assurance tester, suddenly found himself out of work after an 18-year-run at a company that had been sold.

Shortly before his job ended, his task was to transfer to the new company’s computer system data about customers and the products and services they purchased. When the work was completed, the new employer didn’t hire anyone from information technology, Kirschblum said.

“They shut down the website, and that was it,” he said.

Nine months later, Kirschblum, 60, is still looking for work. He said he’s saved over the years, helping minimize financial troubles that come with long-term unemployment. He’s instead struggling with “the stress and mental anguish of not working.”

Nine months later, Kirschblum, 60, is still looking for work. He said he’s saved over the years, helping minimize financial troubles that come with long-term unemployment. He’s instead struggling with “the stress and mental anguish of not working.”

“There are so many people in this age group, even with so many leaving the state, the overall group is growing,” he said.

In contrast, the ranks of middle-aged workers — those between the ages of 45 and 54 and others who do not belong to the Baby Boom generation — fell by 7 percent. The number of workers aged 35 to 44 was up by less than 2 percent.

Carbone said the Platform to Employment program began in lower Fairfield County in 2011, two years after the Great Recession ended even as high unemployment retreated slowly.

“The recession moved out of the picture, except there were certain groups not recovering,” he said. “They were older.”

With Platform to Employment’s goal of reaching 350 people this year, “It’s a drop in the bucket,” said Nigel Wynter, the program’s employer relations specialist and himself a downsized banker after 21 years in the industry.

Michael Renaud, 54 and unemployed for 10 months following a career in database and loyalty marketing, said he’s struggling “from a self-esteem perspective.” He’s been rejected seven times in four months in his job search, and the biggest challenge, he said, is “getting to talk to a hiring manager.”

He said the Platform to Employment sessions help by introducing him to others in a similar predicament.

“The emotional hurdle is being addressed because I’m in a room with 25 other professionals who’ve gone though the same thing,” he said.

Eileen Jacobs Sweeney, 68, is looking for a job at nonprofit organizations, writing grants or serving as an administrator or in organization management. She’s been out of work since last December and said she too frequently gets no response to job applications.

“It’s discouraging,” said Sweeney, former executive director of the Manchester Historical Society. “I have a lot of skills built up over the years.”

Flaherty counsels older workers that they may have to consider a pay cut and work their way up again.

To employers, he says, “You may have a fantasy about hiring young workers. There’s not as much of them. You have experienced, skilled older workers.”

Hiring managers sorting through piles of applications may not consciously discriminate, but instead assign characteristics according to age, Carbone said. For example, employers may see younger workers as tech-savvy and older workers as a cause of higher health care costs, he said.

“Three hundred applications in one day overwhelm an HR department,” he said. “They begin to make stereotypes.”

“In the reporting statistics, it shows a very technical definition as opposed to what’s really happening out there with employers,” he said. “I think that’s probably a little bit Draconian. I’m not sure folks are discriminating against people over 40.”

Mark Soycher, human resource counsel at the Connecticut Business and Industry Association, said age discrimination is real. “It’s still a factor hanging out there,” he said.

“I often get calls from a company, and they want to tell me about a problem employee, and they start with age,” Soycher said. “I need to steer their thinking.”

However, assumptions based on age “may nonetheless have some underlying justifications,” he said. Older job applicants may need to be more adept at understanding keywords and search items in job postings to be better matched with an available job, Soycher said.

Older workers looking for protection from the state government will have to wait. Proposed legislation prohibiting employers from requiring job applicants to disclose their date of birth or year they graduated high school or college failed in this year’s session of the General Assembly. It was approved in the labor committee, but was not formally voted on by the House of Representatives due to a filibuster threat, said Sen. Derek Slap, who pushed for passage.

Rep. Craig Fishbein, R-Wallingford, objected to the legislation as “another hurdle” for business owners and said job-seekers who believe they were denied employment due to age can sue under federal law.

Advocacy groups and others are pursuing different strategies to help older workers find a place in Connecticut’s labor force. Operating out of West Hartford Town Hall, the Seniors Job Bank, founded in 1974, connects people over 50. Many are retired and looking for part-time and temporary gigs with businesses, organizations and households seeking workers.

Available jobs run the gamut from child care to carpentry and office jobs. One of the more unusual requests of the Job Bank’s roster of available workers was from a blind man who wanted someone to roller skate with him.

“They still want to use their skills,” Dennis Carrithers, president of the group’s board of directors, said of older workers. “Most often, they need the money. Sometimes they’ve been downsized and really are at sea.”