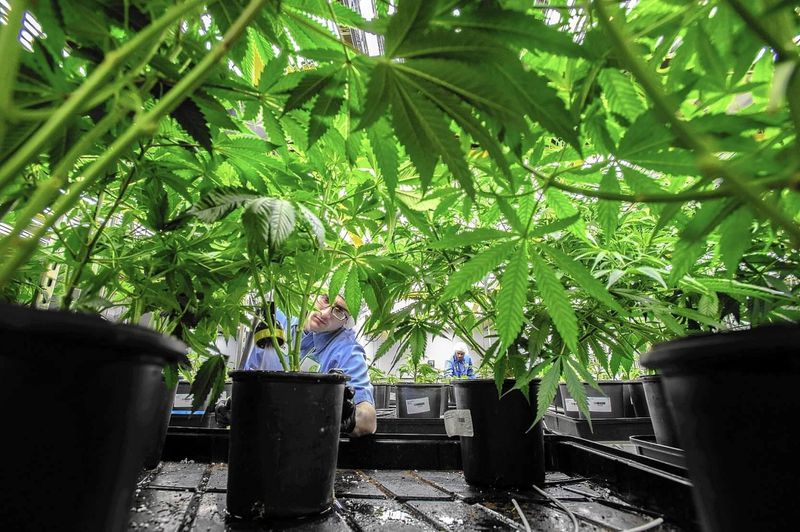 HAMDEN — As Connecticut prepares for the lucrative sale of adult-use cannabis, an advocacy group announced Tuesday it will work to make sure the new industry draws broad participation from Black and other underrepresented communities as called for in state law.

But translating that into action will be complicated. Those who want to be cannabis sellers must meet requirements for income, residency and business verification that will be approved next month by the council, Comer said at a news conference in Hamden announcing the Alliance for Cannabis Equity collaboration.

The Connecticut Community Outreach Revitalization Program, known as ConnCORP, and The WorkPlace, a Bridgeport-based workforce development group, announced the formation of the Alliance for Cannabis Equity to focus on economic opportunities, such as workforce training, for Black and brown entrepreneurs and workers.

Carlton Highsmith, board chairman of ConCorp, a New Haven economic development organization, said cannabis legislation signed into law in June by Gov. Ned Lamont will create thousands of jobs, dozens of new businesses and “millions, if not billions, of dollars of wealth.”

Communities that were hurt by the war on drugs and are the intended beneficiaries of the law should benefit from the commercialization of cannabis, he said.

Over the past five years, as the General Assembly considered bills legalizing cannabis, the tenor of the debate shifted. Advocates initially were focused primarily on tax revenue Connecticut was losing to Massachusetts and other states with retail marijuana markets.

But about two years ago, the emphasis shifted as lawmakers sought to address longstanding inequities. The law includes a “social equity” provision intended to provide those hurt by the prohibition of marijuana an expedited opportunity to enter the potentially lucrative cannabis market.

The first cannabis sales will likely be in 2023, she said.

Rep. Juan Candelaria, a backer of legalizing adult-use marijuana, said it’s too early to tell if equity issues are being fully pursued. But he praised efforts to push the process along.

“I think that anything additional will add at least oversight that the provisions will be met,” he said in an interview. “To put it together will take a lot,”

Joseph Carbone, president and chief executive officer of The Workplace, said jobs in the cannabis industry are among the fastest growing in the United States. Cannabis jobs provide the “kind of wages to help make sure people are in the middle class of America,” he said.

The cannabis industry will require numerous jobs in many areas: growing, selling and marketing marijuana, transportation and other skills that require different types of workforce training, Carbone said.

“The hardest thing that I have found in my 25 years at The Workplace is helping people to raise their expectations for themselves,” he said. “That’s the result of decades of discrimination.”